It is not uncommon to swap an FD3S with a 20B-REW nor even in early 2000’s. However, it is a different story when it comes to triple turbo specifications and Grand Slam PRO Machida was the creator of this amazing tune. All turbines are HKS GT2835R (I ran one of these in my old R32 RB20DET and it was an amazing turbo delivering power at a high range of rpms). 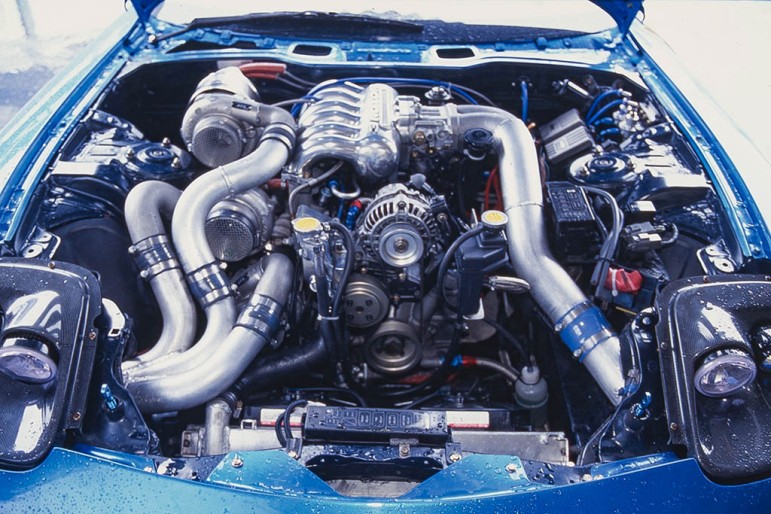 Due to the exhaust layout, the three turbines are arranged vertically through the original exhaust manifold. The engine body has been ported with an emphasis on intermediate torque, and of course talking about RX7’s apex seals were replaced.

END_OF_DOCUMENT_TOKEN_TO_BE_REPLACED

Nob Taniguchi drove a HKS 86. He’s got the 5th position.  The several years’ absence had no effect on his drift..
His drift line was very beautiful, but he wanted more power.

His car has 530hp.  In the Drift competition nowadays we can say 530hp is powerful, but not so much…  His car has a FA20 Super charger, and its powersteering is normal.  M. Orido and T. Hibino who drive GT86 have already changed their engines and powersteerings.  It seemed that HKS had worked a lot on the car, during pre-season but the car still needs the change. We’ll see how this car is going to be developed in next months. 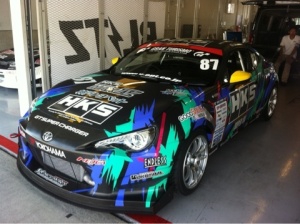 The best japanese time attacker, Nob Taniguchi is going to participate in WTAC in August.
He’s going to drive two cars there; one is S2000 of Top Fuel, the other is RX7 of RE Amemiya.

I’m sure that he’ll do his best and make us very excited.