Finally I had sometime for spending free in the blog. There was still in the to do list to post the second part of the Nara Street Car Meeting. Here there are a series of around 30 photos. I also have to say that unfortunately I couldn’t took pictures of all the noticeable cars on during the night as Hari Terrace HRS counted more than 500 cars in the meeting. So this is just a sample of what can you spot in the Kansai area.

As the main intention of the meeting was to mix all car styles. The were some real JDM tuners that showed up for fun night as this DC2. 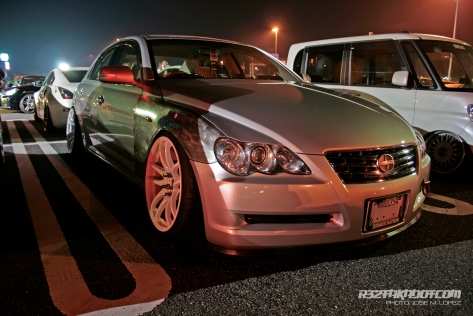 If you are used to read in blogs or even here, the main focus of tuners now is on the USDM scene so there were many example of this trend. But also notice that it maybe a kind of evolution of the traditional USDM with a Japanese taste. END_OF_DOCUMENT_TOKEN_TO_BE_REPLACED

The Civic will always be one of the most popular for tuners all around the world, we keep finding them in any meeting wherever you go. Specially in Japan that is the home town of the japanese cars culture. But also lately many cars are tuned into the USDM version. USDM is reaching its maximum level lately here in Japan, but don’t worry the is still thousands of pure JDM cars. 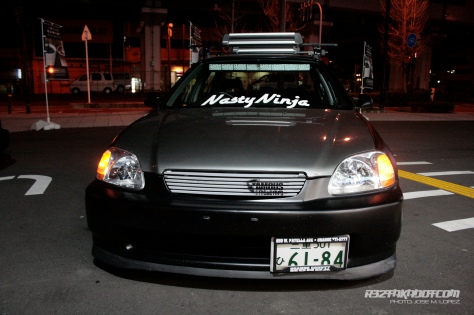 But really the have normally the inspiration from the Hawaii car tuning scene. Corner lights, roof racks, rear sticker, inner stickers, so long rear mirrors and license plate holders are must. 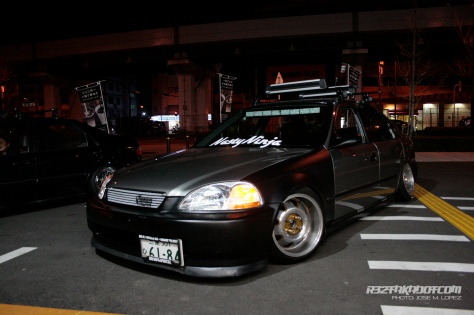 Then low the car to the ground and put some crazy camber, people at meetings cannot stop watching Mi Chan car’s. 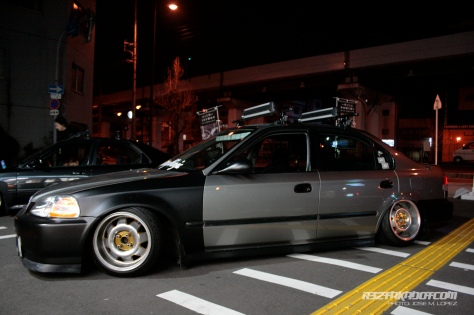 The four door version of the Civic is probably the most reasonable priced in Japan, specially for normal version and automatics. Three doors version are quite expensive so maybe that is why so many tuners decide to go for the four door versions, and also if you kids is your best choice. 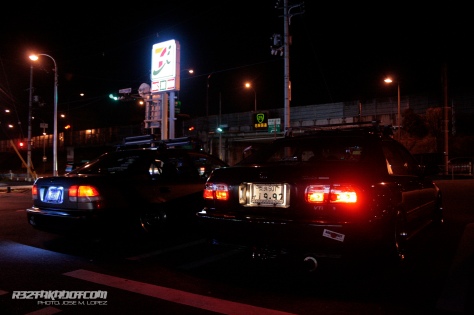 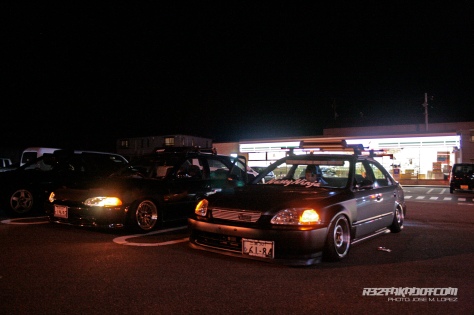