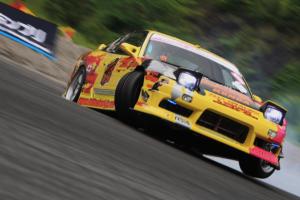 This is the 180sx of Sumika Kubokawa, Drift Queen of D1Ladies League, called Kiiro san.

During three years, she’s used this car, and now she’s going to change to another.  This car was with her while she joined the Team Orange, when she gained the licence for the Street Leagal, when she won the first Ladies League, and etc..  Sumika has lots of good and important memories with this car.  Of course for us as well.  It’s a pitty but she’s going to show us good drift with her new car and share nice time with us.. Good bye, Kiiro san!  Thank you for your good job♥

This picture was from 3 years ago..^^ 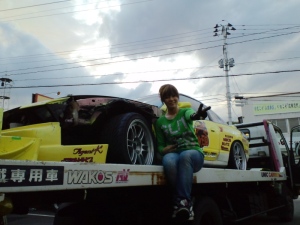 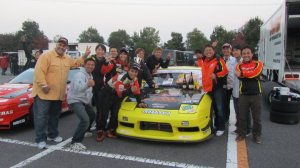 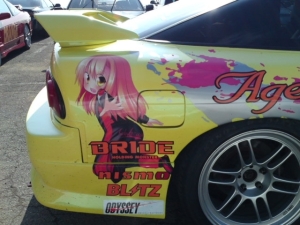 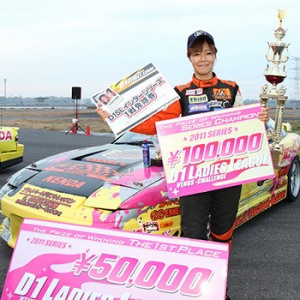 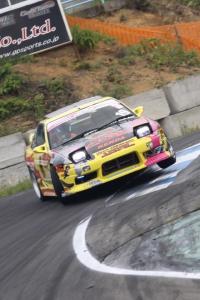 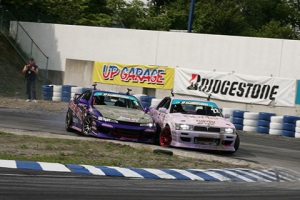 Street Legal and Ladies League were celebrated this weekend at Meihan Sports Land. 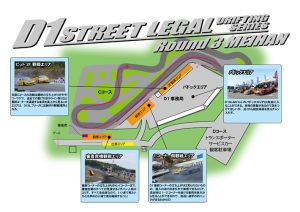 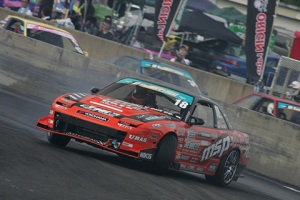 D1LL was celebrated this weekend at Ebisu South course at the same place and on the same day as D1SL. 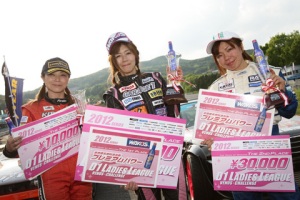 The result was as following; 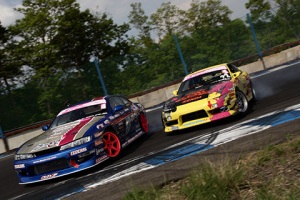 The level of the League is very high.
Here is a video of the final re-run. Sumika’s car is yellow 180sx.

D1SL (Street Legal) and D1LL (Ladies’ League) started last weekend.
D1SL and D1LL are different from D1GP in their car regulations.  The cars for D1SL are tuned but should be legally fine in the public street.  Many well-known and good drifters participate in SL, and the level of the league is very high.
There are 3 series in Street Legal: Inter, West Japan and East Japan.  Actually Inter Series is the main league.

There are 2 leagues more in D1; Ladies League and Divisional Leagues.  The top drifters in the Ladies League like Sumika Kubokawa, Rie Shinmi, Michie Mimoto and Michiko Yasue participate in Street Leagal as well. Their level is also very high and the competition is very interesting.  The league is celebrated in the same circuit and on the same day as the Inter Series of the Street Leagal.   So we can enjoy both leagues at the same time. 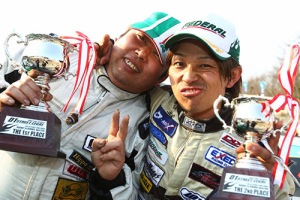