Welcome back. There is no popular car among all the non-popular cars as this one is. The Toppo is the one who gets the Oscar Award for best starring role. And I say this because it is common to find online Top 10 weird-ugly-uncommon cars list or posts that list those rare cars on the Japanese market, or even also weird cars widespread in foreign models on the roads worldwide.

As an example the Fiat Multipla use to be the number one in many of the lists.

In this case we speak about the Mitsubishi Minika Toppo. A small car manufactured by Mitsubishi in early 90’s. It is a very particular car, available in 3 and 5 doors, with an spectacular interior space that does not favor in any  case the exterior design.

There is a still more striking version. Mitsubishi apparently try to give a more classical image to the model, but the final result was more than questionable. In fact it was really never a popular kei car among the category.

But the important discussion here is, as we have previously seen in others post at r32taka.com, the ability for the Japanese people one more time to modify a vehicle has no limits, no need to use mainstream cars, maybe being different is what’s most important.

Or maybe it is not, and will simply apply to the idea of modifying cars. An idea linked to the owner when if your have the tuner spirit, provided no matter what the car is it will end up being modified. 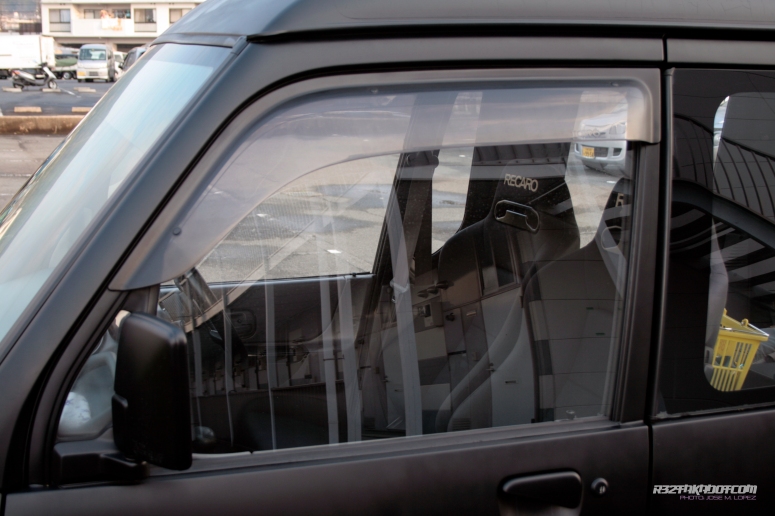 Last question, there are more rare cars with custom spirit? The answer is totally YES. And we will spot them.