The long-awaited successor model of the Nissan 370Z (As you well know Fairlady Z in the Japanese market) is finally here or plans to be. After some rumours Nissan announced a brand new sports car to be unveiled within the next 12 months.

Called the 400Z, this model is expected to feature a V6 with twin turbochargers, which will offers higher performance than the current model.

Nissan has recently filed a trademark in Canada for the newly designed Z badge, which uses a retro font reminiscent of the original Z model Datsun 240Z and later 260Z and 280Z, but the 400Z retro design isn’t just about badges.

END_OF_DOCUMENT_TOKEN_TO_BE_REPLACED

Why “domestic minivans” for sale in Japan are not popular worldwide? The Citroën Berlingo has become a hot topic in the Japanese market. No way… in Japan !?

Peugeot Citroen Japan (current group PSA Japan) made an online pre-order for the new generation Berlingo on October 19, 2019, and within only 5 hours the demand exceeded the planned number in half. Will it be a success like the Renault Kangoo?

END_OF_DOCUMENT_TOKEN_TO_BE_REPLACED

Also Japan, even with their enormous effort to take control under coronavirus is finally surrounded, as country is locking down until further notice.

END_OF_DOCUMENT_TOKEN_TO_BE_REPLACED

2 years have passed since the last post was posted in r32taka.com. In fact I did not realize it was too long, but I did also thought that I couldn’t remember when was the last time I did spoke about car to wide internet world.

Today obviously we have miss a lot of followers and daily visitor has got down to the minimum levels ever in the blog 6 years history, probably lower than the day two of the creation of the first blog when the car blog boom started back to 2009.

By that time I did jump the train and started seeninjapan blog, and then rapidly switched to r32taka.com. 3 years back in time I was so happy, many visitors and also many blog collaborations made r32taka enough for our aspirations.

Today everything has change as many blog are blown out by the big BLOGS and some just keep posting because they have the need of interacting and making tendencies. Also with the second boom created by tumblr, car enthusiasts found a beautiful place to share their content and spread to the word todays car tendencies.

Even with all that in mind, I realize I just want to keep posting content, my own content and also influences from the internet, what I think is cool to be posted, and what I think real JDM life is at its maximum.

So if you really want to allow me I will keep posting stuff, the best way I can, trying to show some real japanese stuff, nostalgia stuff, and whatever I think is not mainstream to be published in other websites.

Thank you for still being out there. See you next post.

My friend Hector and I went to the Bonaire Mall in Aldaia, to assist the Select ‘N Low meeting.

It was Sunday and the day was very good, sunny and good weather, so after washing the little Honda, we went to the meeting.

When we arrived there was a lot of people already and the cars meant the day was promising, so I took the camera and started taking pictures of the cars we had.

We didnt had much cars, but they were variated, we had from an Honda Jazz to an EM1 Turbo… And some slammed cars, like this Golf 3 or an E30.

Obviously we didnt miss the oldies but goldies, here you can see this awesomely fat Clio and one of my favourites of the day, an Honda Jazz, or City in Japan. I felt in love with this little boy. 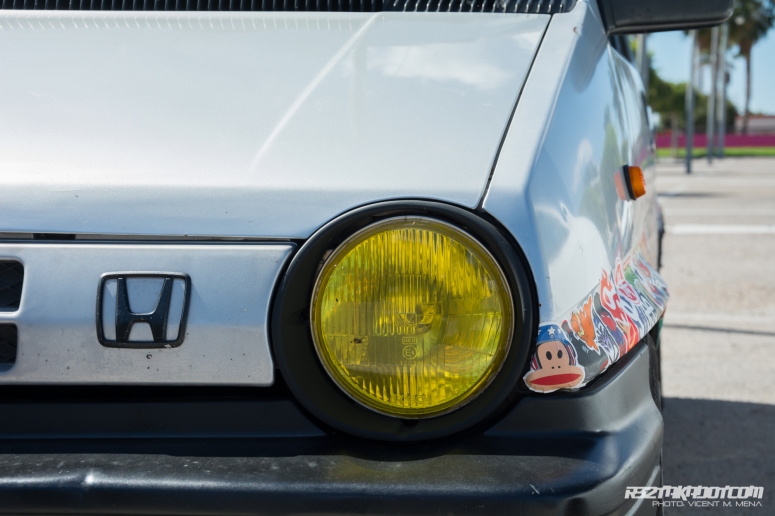 This one came with an unexpected passenger!

Thats all guys! I hope you enjoyed reading!

The rest of the pictures can be found at the Facebook page!

Special thanks to Hector Aleman ~

Hello guys, how is going?

After DriftSpain’s and CED’s cessation last year, there was only one championship in Spain, Open Slalom Drift, promoted by Grupspeed. This year we will have OSD again and then a new one, Drifkhana.

Sounds interesting, but lets focus on the OSD one. Why? Well, its the one with more level in the whole country, we will have known faces and others that aren’t that well known. Some of the drivers are changing their weapons, or just upgrading them to the next level.

To be honest, things changed a lot, Gallo changed some bits of his E36, Ninocrack won’t be racing with the S14a, Jesus will be in the game with his Chaser.. Lets show them!

Gallo changed the bumper for the E36 one, imo looks better. As for Fran Bolaños, he removed all the sponsor stickers and now the car is all blue with an Aerokit D1 Spec. bodykit.

One of the most expected cars from the year is Ninocrack’s new Nissan. He won’t be racing in the S14a but he doesn’t left Nissan. This time it will be racing with an S15, which hides an 2JZ under the hood. At the moment I am designing the livery for this one, so I think you can expect something good when the car is 100% done.

Jesus Muñoz will be on the game too, with his red Toyota Chaser. This car is famous because it raced the King Of Europe several times. Its an easy car to recognise. 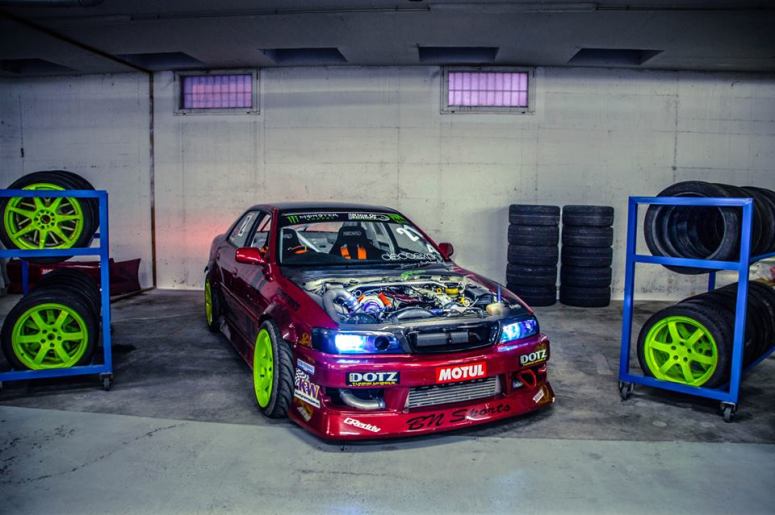 As for the other drivers… Well, Lluis Lopez and Fran Dengra are coming back to the green color, a color they used to had years ago. Cristian Martinez had it too! Also I have to say that Fran Dengra will be running on a V8 instead of a rotary engine. Fortunately my homie Fran Lluch will be racing with his Nissan S13, designed by Vicent M. Autoworks too!

This years pretends to be a nice one, we will start in the Circuit of Ricardo Tormo with the Nascar Fest, so I expect a very good weekend.

I am sure there are other secrets to tell, but I don’t know them because nobody told much about their machines!

I have some pictures that really now are a little old, probably more than 7 or so month. But checking old the folders with photo that I have here I found them and they deserve to be posted here.

This is Spain, in a Nissan Meeting. Photos were took by Xavi Llamas sometimes collaborating with us, he took these impressive images of that day. 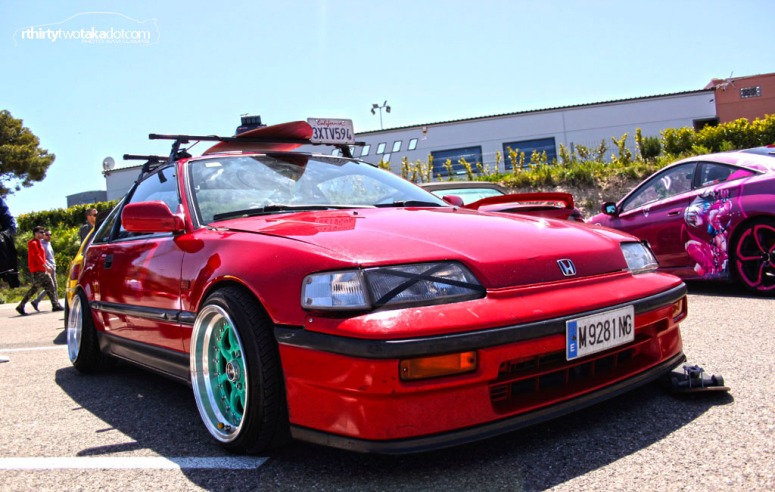 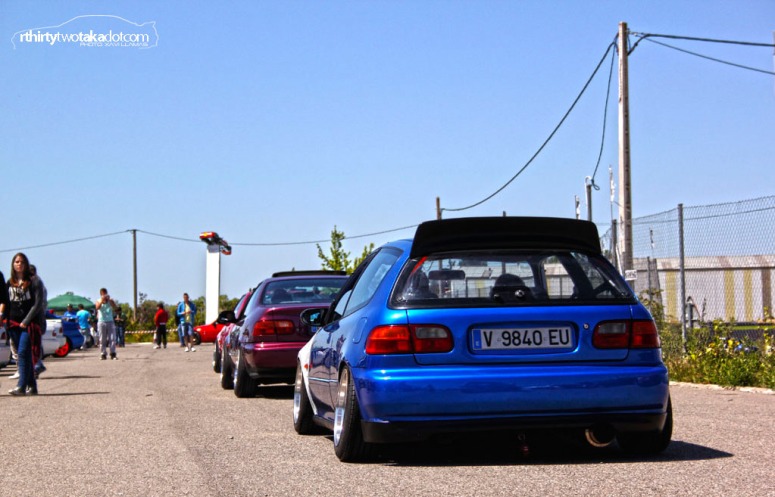