Yesterday while talking to my mate about drifting and the style of some of the cars I though it would be a nice idea to write a post about it, so I am doing it.

I am gonna focus on the !street style! or the low-budget drifting, in Spain people tend to use BMW for drifting ”because japanese cars are quite expensive” In fact they are due to the drifting trend, but obviously it is not the same drifting in a BMW than a Skyline 32, or Silvia’s.

The Street Style is quite different to the cars you can see in D1 Grand Prix or the Formula D, drivers focus more in the mechanics but some of them give a nice touch to the exterior of the cars. If you are a big fan of Drift Tengoku you will see lots of these cars.

Another thing that you should take note, is that you need to make something different from the rest of the cars, you get that by giving your personal touch, something that you though and the rest didnt. 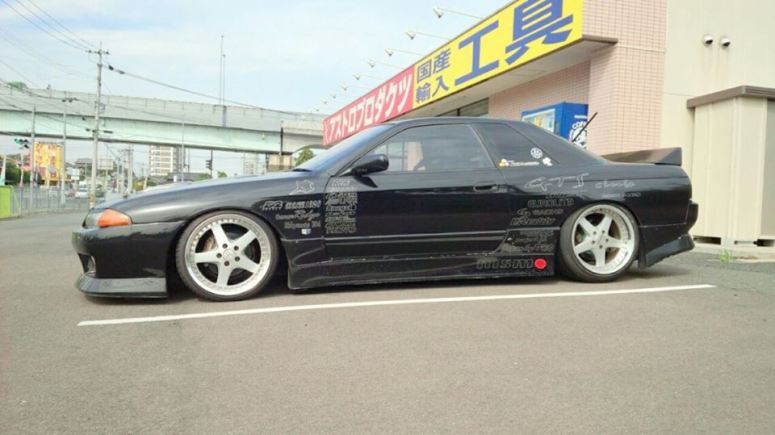 Stickers, wheels, aero selection are very helpful, I kinda like new cars that have wheels from the 90s decade, or the usual S14 with 15” meshies. Also an 200SX with a BN Sports kit with chromy stickers, thats awesome too.

BUT! BUT! Making a good car is not all about style and originality, it is also about being real, not using fake parts. My mate was in a Honda meeting and told me some of the cars were cool, but they sucked because they had fake parts, you cannot feel the ”spirit” or the car. When you see an 90s styled R32 with Impul rims you can almost feel the 90s on it, that is what I am meaning.

Also the car is seen very different from using fake parts to real parts, specially with wheels. You can recognise it! Cheapness its not matched with style.

Now I am sure you are thinking; but this costs a lot of money, right? Yes, it does, but that is the way to have something good. I always say that If you want to make something good, work for it, if you don’t have money then don’t try building a car with fake parts.

Mechanics are also very important, but its not necessary to have a 2JZ with 3000hp down the hood, that is just useless since you try to control the car than doing a good drift.

3 thoughts on “Basics of tuning, style and drifting”