Here we go, back with more pictures from the little drift day in Chiba!

Upon arrival at the track, I noticed something extremely interesting.

The 86 was driven by an older man, and was equipped with some rather expensive parts on it. It was cool to see an 86 live in action for the first time, but the driver was no good, so the true potential of the car really wasn’t exposed. I was rather disappointed by this.

I was half hoping that owners of the parked shaken-less cars would show up, but they unfortunately didn’t. 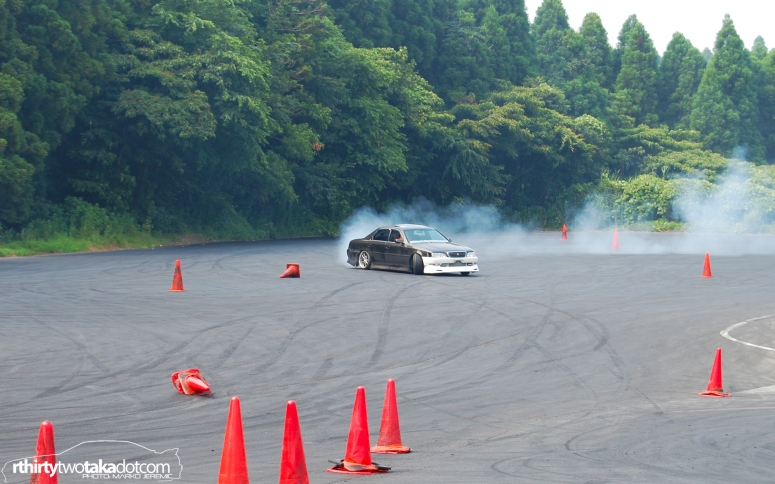 So instead It was fun to just see my friend ripping up his tires. 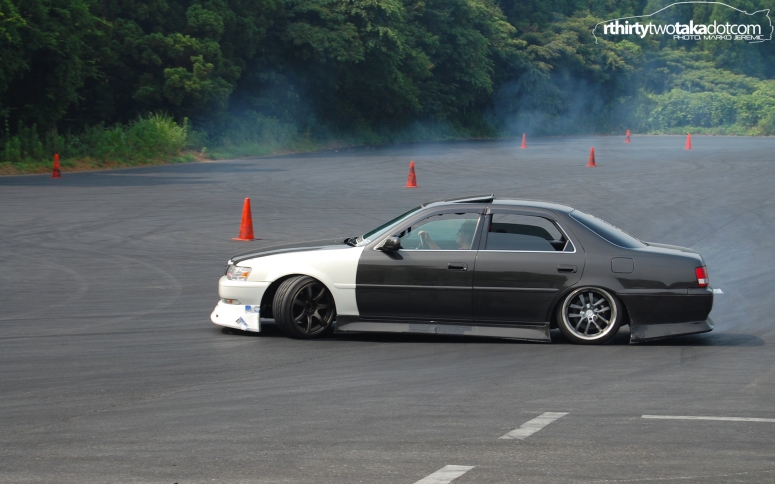 There’s nothing better than seeing a big car like this sliding around a small track. 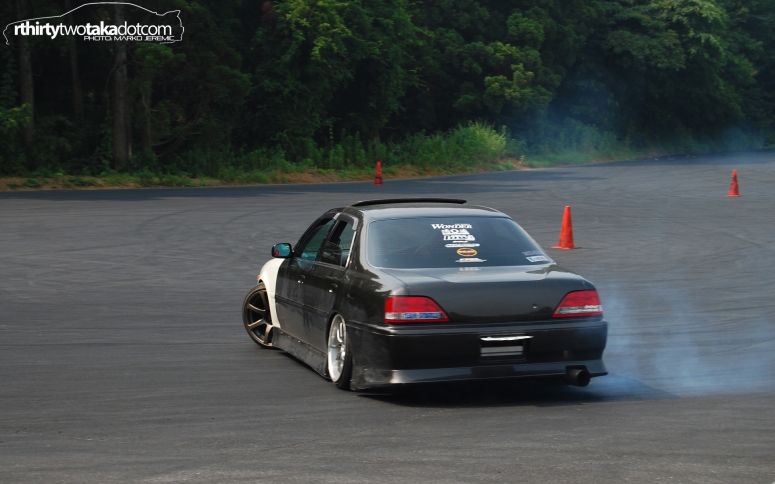 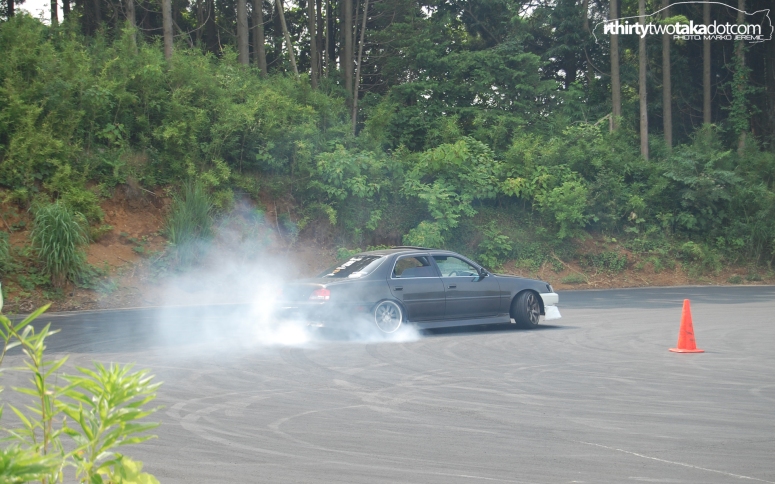 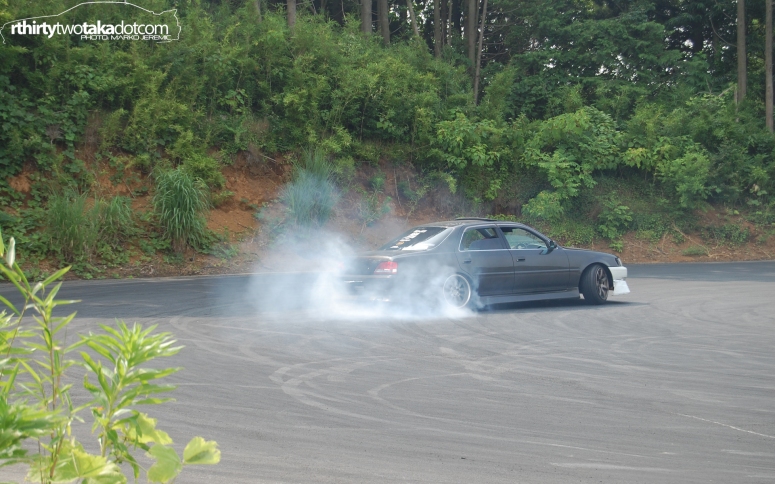 As you can see my friend was going pretty hard at it, and ended up going through three sets of tires that day. 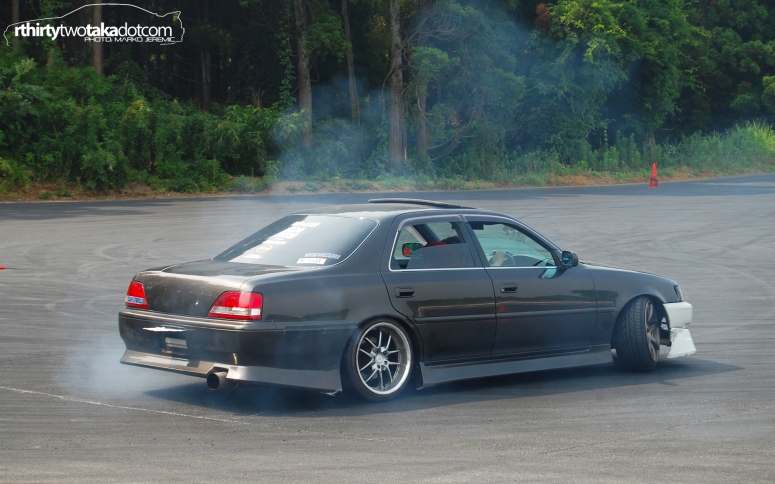 Occasionally he did spin out, but no one here is a professional and it happens to even the best!

There were some other cars out on the circuit to the side.

This HCR32 was doing some pretty good slides around the cones.

The circuit time had to be shared, about 10 minutes per person, so while my friend wasn’t out on the track, others were.

It was interesting how much the color of it changed depending on the light. 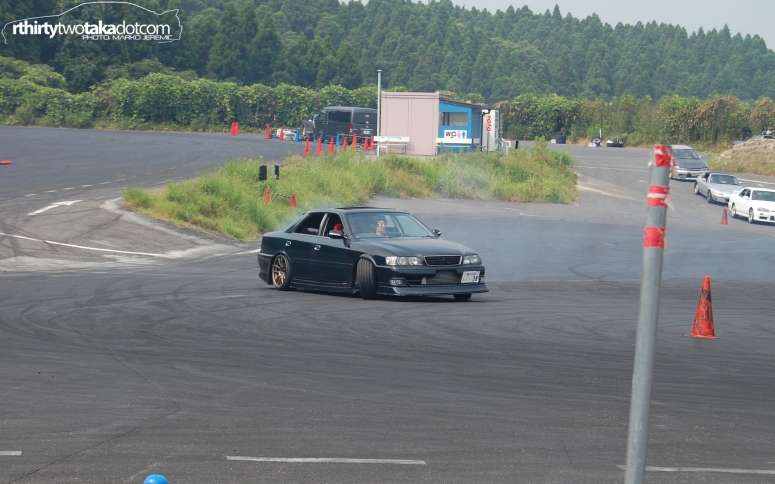 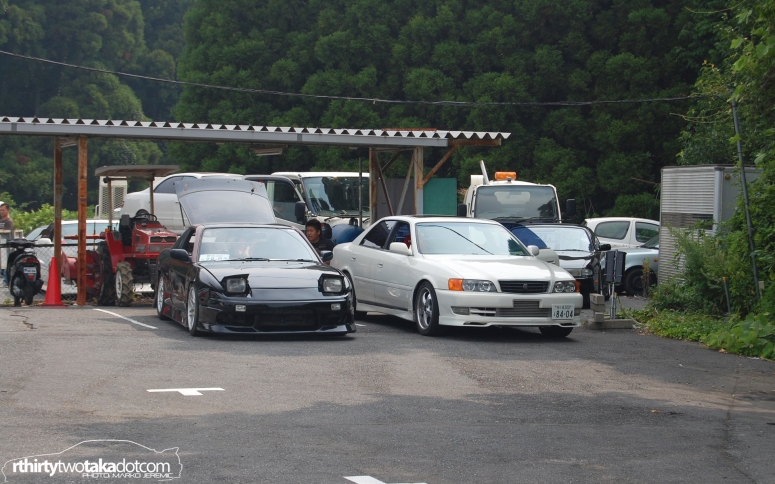 It was extremely hot, and proper cooling off of cars was absolutely necessary in order to avoid any damage. 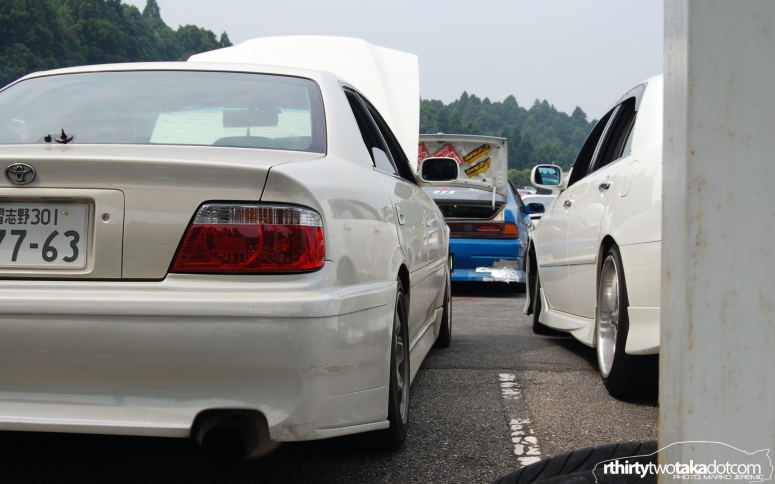 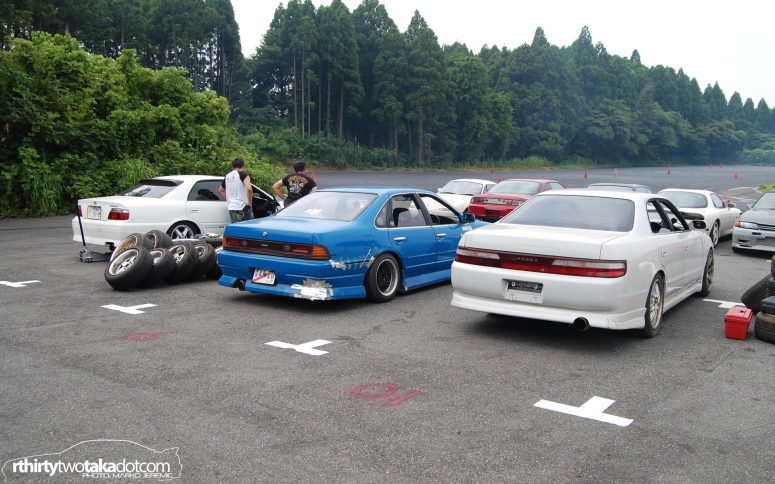 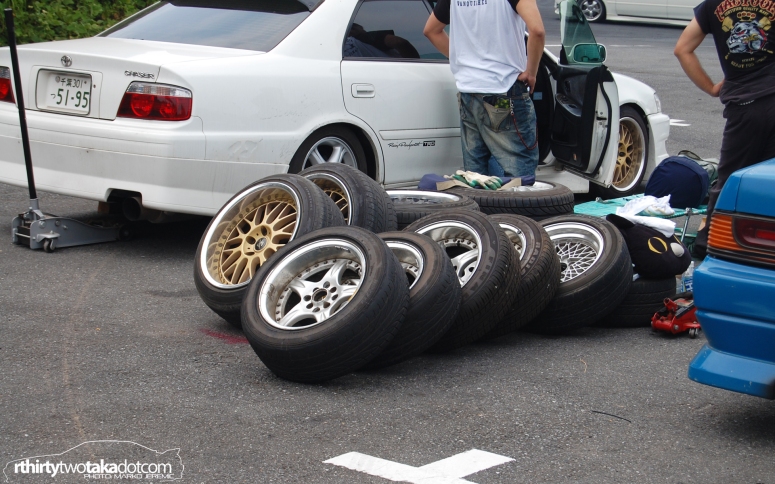 These guys were ready to be there for the whole day, hence the insane amount of rubber they brought.

This Cefiro looked like it was abused regularly, making it really stand out from the rest.

Nothing a little tape can’t fix though! 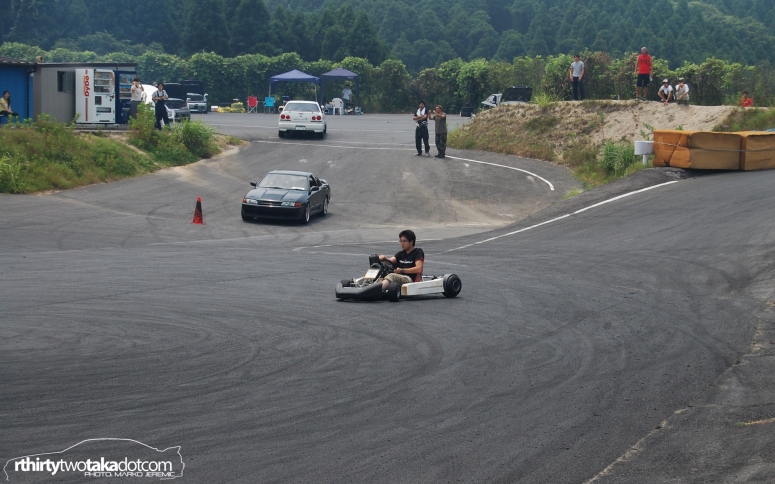 Watching this cart slide around with plastic covers around the wheels was really entertaining too. 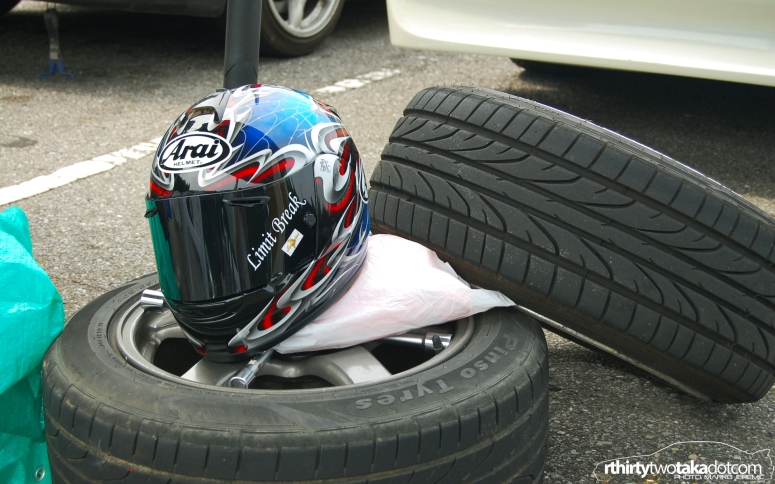 At the end of the day it was time to hang up the helmets, and sit around drinking some fluids to make sure not to get heat stroke.

There will be one more post from this day after this, and it’s very awesome so stay tuned!