These are the first official images of Honda’s hardcore hybrid, the Mugen CR-Z, revealed ahead of its scheduled public debut at this summer’s Goodwood Festival of Speed.

The new model has been tuned by Mugen’s UK performance division, and is currently a one-off — although Honda sources suggest that a limited production run remains a possibility. 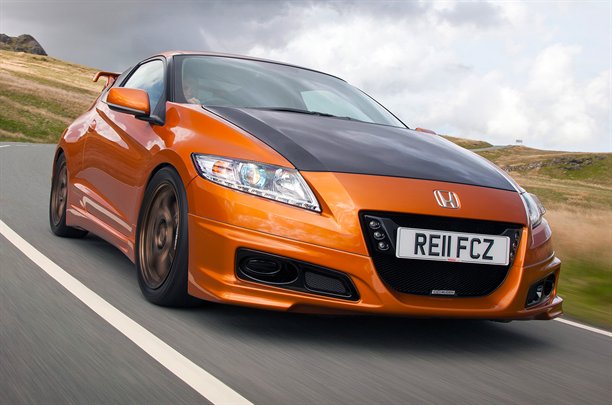 The Mugen CR-Z uses the regular car’s 1.5-litre petrol motor, but it’s been supercharged and retuned to produce 50 per cent more power and torque. Mugen claims an overall figure of 197bhp and 181lb ft — and those figures will be improved further by a contribution from a recalibrated version of the CR-Z’s IMA electric motor. Honda has yet to announce any performance figures.

The CR-Z also gets chassis mods, including a wider rear track, five-step adjustable dampers all round and larger brakes with four-pot monobloc calipers. There’s also a significant reduction in weight, achieved in part through the (very visible) use of a carbonfibre bonnet. Other detail changes include the addition of a sizeable rear wing and gauges mounted on top of the fascia.

Honda in Japan is known to be considering a full production ‘hot’ CR-Z, after customer feedback from early adopters suggested the car needed a higher-performance variant. 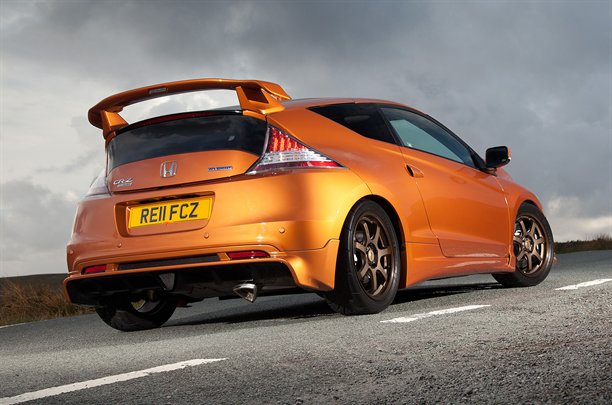